CONTACT US
Our team is happy to help you with what you need!
Columbus Leasing Office

Need to come in to the office? We offer free, covered parking for our guests, located at the corner of Third Street and Engler Alley.

View all of our locations
Login form
Sorry, User can NOT register! 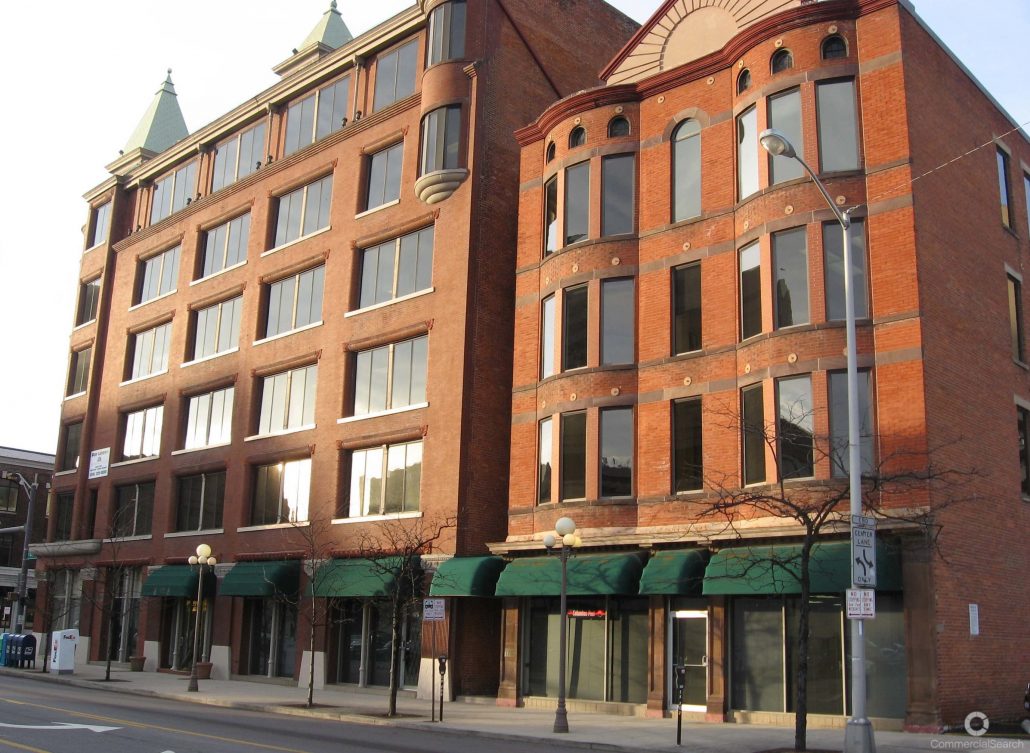 Located at the NE corner of East State and South 4th Streets in downtown Columbus, Ohio, the Norwich office “building” consists of four multi-floored buildings that have been merged together over time to create one contiguous building totaling 48,889 rentable square feet of office and retail space. The buildings range from two to six stories with the main building – 172 E. State Street – being the dominant 6-story structure at the heart of the complex. The building site includes a gated surface parking lot.

A distinctive red-brick structure that features molded brick corners, ground floor fluted pilasters and steepled roof towers, the 172 structure dates to the late 1890’s. Originally designed as an office building, the 172 structure was converted to a hotel during initial construction. It was converted back to office use in 1985 while undergoing an extensive renovation and remodel and is currently home to several state lobbyist groups and trade organizations among its tenant roster. In addition to office users the building also provides intriguing opportunities for retail users looking for ground floor space.